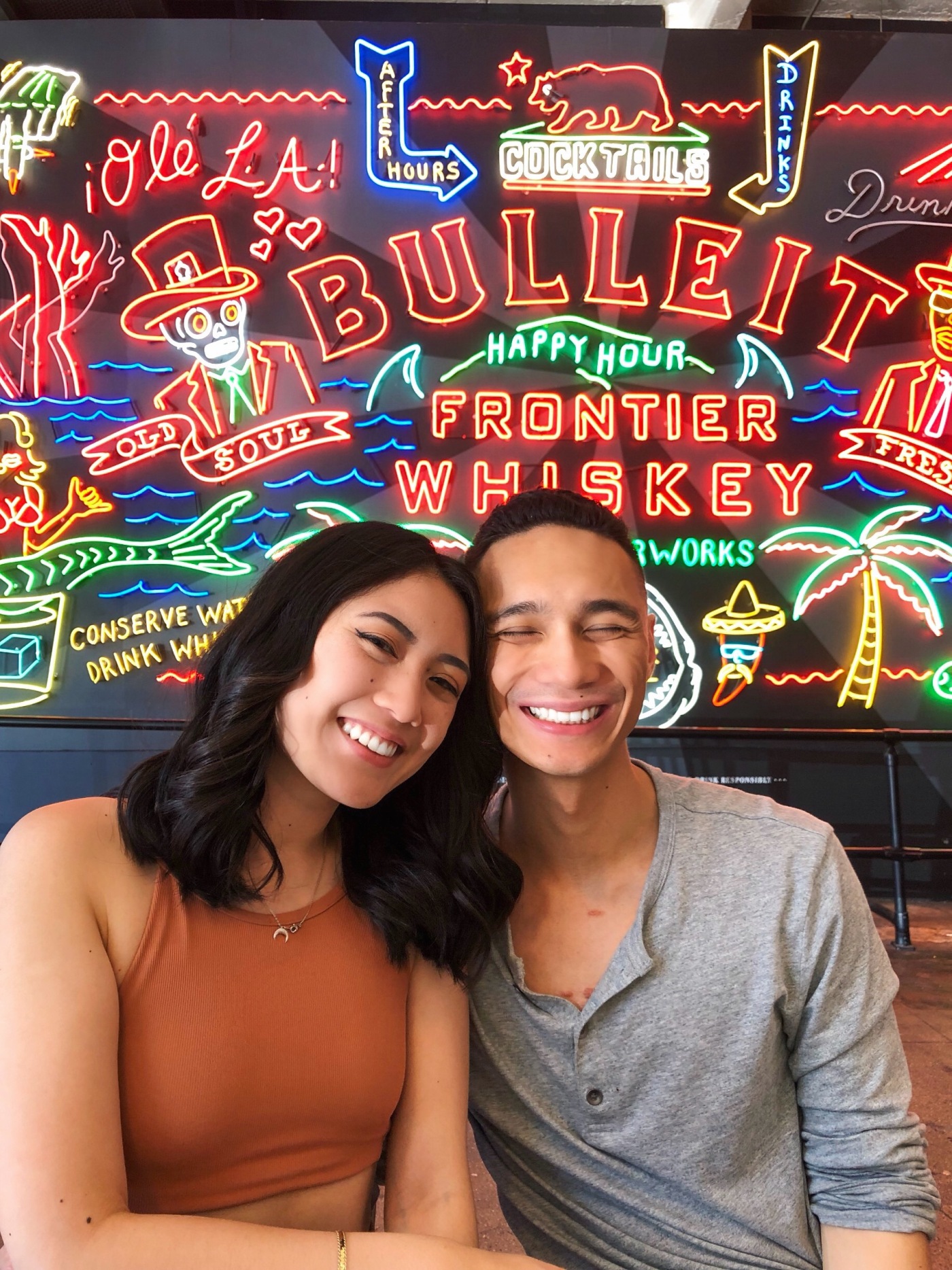 Spreading love, positivity, & community — one bite at a time.

Hey there! It’s Fork and Spoon here! Just wanted to say hi and welcome you to our blog 🙂

We’re a foodie couple based out of LA, but originally hail from the Bay (Noelle) and the East Coast (Elijah). We met while in UCLA undergrad (twice, actually!), and, somehow, our love of good food, cooking, and boba brought us together and inspired us to create our food blog!

Since then, we’ve been stumbling around together, trying to learn how to “adult” (a.k.a learning to cook, finding a career, how to love, becoming financially independent, staying fit, and staying sane, among other things), and making hilarious memories.

Elijah and Noelle first met at a Filipino club meeting during their sophomore year of college. Noelle was having a particularly bad day, so Noelle’s friend, Therese, sat her next to Elijah in an attempt to cheer her up!

They ended up talking briefly, and decided to go on a boba date the following day just to see where things could go.

Spoiler: It. was. awful.

Elijah played the “question game” and asked Noelle some weird questions, which was fine, but they quickly found out that they didn’t see eye-to-eye on ANYTHING (not even which was better: hard-shelled tacos or soft-shelled tacos!). They parted ways afterward and agreed to remain “friends”, but didn’t cross paths again for quite some time…

Fast forward to Fall quarter of their senior year, and they ended up running into each other at a mutual friend’s house party. They caught up for a bit, updating each other on how things have changed and what their future plans were, and they even joked about how bad their last boba date was.

Sometime later in the night, Noelle knocked over the party’s jungle juice cooler, and, embarrassed, left the party early, only to find Elijah outside, talking to some friends. Elijah and company were thinking of going to a nearby Denny’s to grub, but when Noelle asked to join, all of his friends suddenly decided to go home early because “they were too lit.” This little alley-oop was the start of their relationship, though they didn’t officially admit it until later!

Fast forward several dates, festivals, and foodie adventures later, they found themselves new grads in a gap year and trying to figure out what they wanted to do in life. Well, seeing as they both wanted to share their love of food, they started a cutesy little food blog called @itsforkandspoon. Noelle and Elijah wanted to showcase their passion for eating good food, sharing it with loved ones, and living life to the fullest, and those characteristics still drive their blog today.

The couple is still trying to figure life out, but amidst all of the changes and challenges that being an adult brings, there is one truth that will always guide them: food brings everyone together.